Step by Step Guides & Resources for New or Returning Students

Your step-by-step guide to enrolling

Contact the friendly Enrollment Services Team if you have questions about adding or dropping classes, or filing for a pass/no pass.

Connect with Us Via Live Chat! or email the Student Success Specialist Team

Undocumented?  read our enrollment guide for DACA and undocumented students

On September 16 at 5 p.m., MJC will kick off its Founders’ Day Centennial Celebration activities with Episode One of the MJC Centennial TV video series celebrating both the history and future of the college. 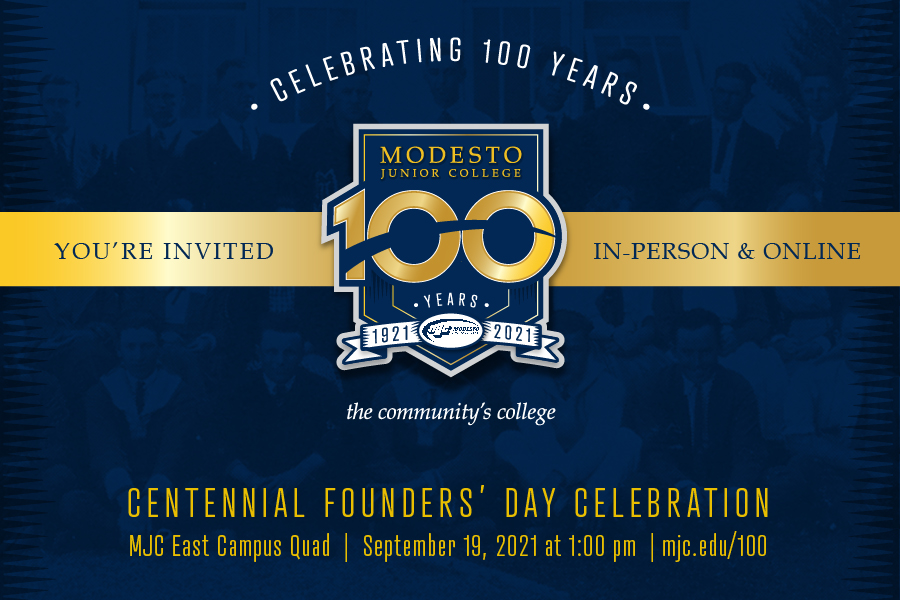 On the same date in 1921 students attended the first-ever MJC courses and began the rich 100-year history of MJC, the community’s college. The celebration will feature the unveiling of a time capsule buried in 1987, the unveiling of plans for the East Campus Quad renovation, guest speakers including the Chancellor of Yosemite Community College District, Dr. Henry C.V. Yong, the president of Modesto Junior College, Dr. Santanu Bandyopadhyay, the president of the Associated Students of MJC, Maria Marquez, and distinguished MJC alumni.

The MJC Foundation will award Centennial Finish-Line Scholars with $6,000 scholarships, MJC Fire Academy students will raise a flag flown over the Capitol along with a live music performance of the national anthem by members of the MJC Community Orchestra and the MJC Chorale Program. Current students, alumni, retirees and the general public are invited to join in and celebrate MJC’s 100th birthday. Attendees will receive a limited edition MJC Centennial pin to commemorate the milestone.